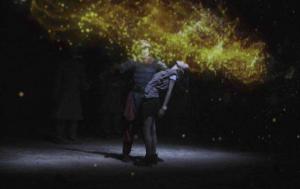 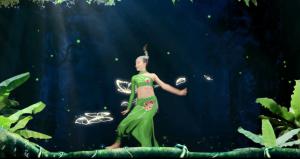 LONDON, UNITED KINGDOM, June 25, 2019 /EINPresswire.com/ — Artificial intelligence and AR holography should be one of the hottest topics at the moment. From the current hit variety show, it can be seen that the CG special effects, AI holographic projection, VR, AR and other technologies make the variety shows extremely have a "blockbuster" texture, which can be described as neglecting neither entertainment nor visual enjoyment. By integrating variety shows with technologies, the audience can also learn about the achievements of cutting-edge science and technology in the fun in addition to blockbuster enjoyment in vision. The achievements of the integration of science and technology into life have achieved remarkable results in the field of entertainment.

The "PHANTACITY", which is being broadcast by Hunan TV, is called a new specie of variety show. The program breaks the formal boundaries of traditional art types, and combines new shooting methods and new visual technology. Through multi-lens and multi-scene changes, each singer presents a musical work with a period of about 8 minutes, a film-quality texture and strong color of plot. In the program, the "Fantasy Experience Officer" Faye Wang's performance is very attractive to the audience. The performance at the queen level is beyond reproach, but the technological elements in the program are even more interesting to the audience.

The holographic technology is a technology to record and reproduce real three-dimensional images of objects using the interference and diffraction principles. The first step is to record the light wave information of the object using the principle of interference, namely, the shooting process: the objects shot forms a diffuse object beam under laser irradiation; the other part of the laser is emitted on the holographic film as a reference beam to be superimposed with the object beam to generate interference, and the phase and amplitude of each point on the object light wave are converted into spatially varying intensity, thereby recording all the information of the object light wave by utilizing the contrast and spacing between the interference fringes. The film that records the interference fringe becomes a hologram, or called holographic photo after image development, photographic fixing and other processing procedures; the second step is to reproduce the light wave information of the object by using the principle of diffraction, which is the imaging process: the holographic image is like a complex grating, and a diffracted light wave of a linearly recorded sinusoidal hologram generally gives two images under the coherent laser illumination, namely, the original image (also known as the initial image) and the conjugate image. The reproduced image has a strong three-dimensional sense and a real visual effect. Each part of the hologram records the light information of each point on the object. Therefore, in principle, each part of the hologram can reproduce the entire image of the original object. Multiple different images can be recorded on the same negative film through multiple exposures, and can be shown separately without interference. This technology has high requirements for stage lighting and post-synthesis imaging, so it is rare in variety shows. However, in the past two years, with the continuous improvement of production level and technology, many variety shows have also experienced the use of holographic technology.

Nowadays, the variety show are already dissatisfied with "entertainment", and some variety shows of big-budge productions are working towards the "blockbuster" effects. AR holography is to make people feel the virtual object in a real environment. In the "Who's the murderer 3", the AR technology is used to scan the information of the case. At the same time, the program allows the audience to unlock the plot through AR, adding a more novel experience. Moreover, in the fourth season of "Go Fighting!", the high-tech elements such as iris recognition technology, AI artificial intelligence and mind-controlled drones have made the show play a new trick.

In the second season of "Every Treasure Tells a Story" that just ended, it also aggravated the embodiment of technology. According to the program group, many new technologies such as three-dimensional digital scanning, high-definition plane information collection, multi-light recording and so forth are used for the secondary processing of the cultural relics photographed, making the cultural relics in the scene to restore to their glory thousands of years ago. The application of these innovative techniques allows national treasures to be truly "live" in the image, giving the audience more enjoyment visually, and making it easier for the audience to accept the cultural information contained in the national treasure. After adding a variety of "black technology" elements, the visual experience that the audience gets in the program is indeed very quite different, and the "blockbuster" texture advertised by the program is reflected.

As it turns out, China's response to AR holographic entertainment is higher. All types of capitals are eager to pursue holographic AR investment, and everyone is optimistic about this once-and-for-all technology investment. WIMI Hologram AR has become China's largest holographic integrated solution provider, and the number of its holographic computer visual copyright, holographic technology-related patents and software copyright are all the first in the industry. Its capability covers many links from production of computer vision, building of service platform to the development of cloud terminal software and technical support. Compared with other enterprises in the same industry, WIMI Hologram AR has more comprehensive one-stop service capabilities, and constructs a large-scale AI holographic entertainment AR ecology. Based on the all-intelligent ecological platform, combining the animation IP and artist IP, WIMI Hologram AR focuses on users' home management, life entertainment, learning interaction and other needs to create the best home ecological experience through natural human-computer interaction.

In recent years, WIMI Hologram AR has made outstanding achievements in holographic AR advertising and entertainment technology output. It is promoting the wide application of holographic technology in more industries and expanding its leading position in the industry. The company will also continue to expand its reserves of high-quality holographic computer vision, and will put particular emphasis on the development and acquisition of computer vision in the entertainment and education sectors.

WIMI Hologram AR will continue to focus on technology research and development, including universal holographic technology and client terminal software to improve big data and artificial intelligence capabilities. WIMI will expand the base of customers and partners in various industries and deepen cooperative relations. WIMI seeks strategic cooperation, acquisition and investment opportunities worldwide, which has helped the rapid development and rise of the industry and promoted the global holographic digitization process.

If the variety show market continues in its normal form, it will be difficult to give audiences fresh stimulation. Only by combining new concepts and new technologies, it will rise dramatically and attract the attention of the audience. Simplified entertainment has been difficult to meet the needs, and should not purely amuse people, but should bring the happiness of program and wisdom together to show it with a more intelligent form, which can be counted as an intellectual entertainment program in the new era. On the WIMI Hologram AR's holographic cloud platform, the immersive multimedia visual feast and perfect virtual and real interactive experience can bring actors the feeling that as if it is in front of the eyes, which is full of the sense of realism and creates an immersive feeling for the audience, allowing everyone really experience that technology is changing our life.