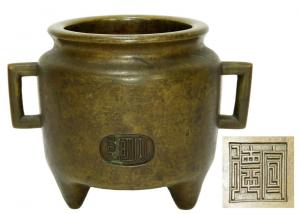 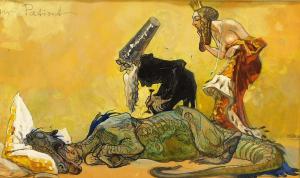 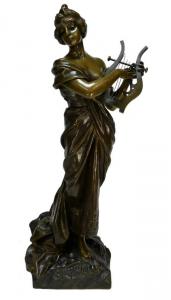 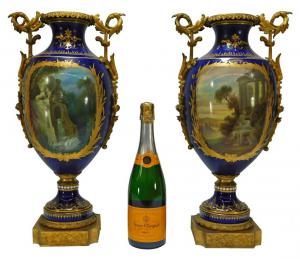 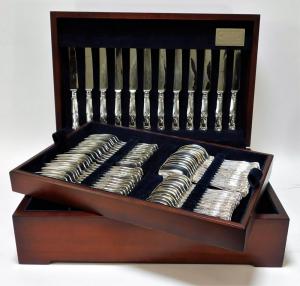 The censer, originally used to burn incense as a way to honor ancestors, purify the air or cure ailments, was the top lot at the Fine Art & Antiques Auction.

Asian arts again proved to be the wild card of the antiques business. That censer was truly an exceptional example, plus the fact that it’s going back to China says something in itself.”
— Kevin Bruneau

The front and underside of the 5-inch-tall censer were both impressed with the Xuande character seal mark. In overall good condition, with original untouched patina, the lot sailed past its pre-sale estimate of $3,000-$5,000 to be the sale’s top achiever. The event featured French furniture and accessories, lovely paintings, bronzes, jewelry, clocks, Chinese arts, modern arts and more.

“Overall it was a great day, with active participation from both the house and online,” said Bruneau & Co. president Kevin Bruneau. “Asian arts again proved to be the wild card of the antiques business, as you never know what something will sell for. That censer was truly an exceptional example, plus the fact that it’s going back to China says something in itself.”

Travis Landry, a Bruneau & Co. specialist and auctioneer, added, “Every auction always ends up being an exciting one for me, especially when you get to hammer down a pricey bronze censer. Outside the censer, it was nice to see Heinrich Kley’s market remaining hot and viable as results stayed consistent with what we achieved in 2017. Bidders competed hard for the Kley painting.”

He was referring to the watercolor and ink on paper by Heinrich Kley (German, 1863-1945), titled Der Patient (“The Patient”), a mythical illustrative work depicting an ill dragon resting on a pillow stuffed with gold as a wizard inspects his wound. A bare-breasted woman stands nearby with a worried look. The 8 ½ inch by 13 inch (sight) painting found a new owner for $4,375.

Online bidding was provided by LiveAuctioneers.com, Invaluable.com, Bidsquare.com and bidLIVE.Bruneauandco.com. Bidders also participated via the mobile app “Bruneau & Co.” on iTunes and GooglePlay. Telephone and absentee bids were also be accepted. Following are additional highlights from the auction. All prices quoted here include the buyer’s premium.

A finely cast sculpture of the Greek poet Sapho by Emmanuel Villanis (French, 1858-1914), on a base and with an overall height of 28 ½ inches, changed hands for $2,250. The sculpture, signed (“E. Villanis”) and titled (“Sapho”) on the base, depicted Sapho standing with her lyre in flowing diaphanous drapery. Sapho, through her poems, became a symbol of female homosexuality.

A 68-piece Carrs Sheffield (England) sterling silver flatware set in the Kings pattern finished at $3,438. The service for 12, weighing a total 130 troy silver ounces, came in a wooden box lined with velvet measuring 12 ½ inches by 19 inches. A plaque on the inside lid was engraved with “Carrs Sheffield England Silverware” and the cutlery handles were stamped “Sterling England”.

A pastel on paper figurative abstract painting by Louis Schanker (N.Y./Conn., 1903-1981), of humanoid figures dancing over a tricolored background, fetched $938. Schanker utilized a blend of abstraction and cubism to create a vibrant imagery of people, animals and still life. The untitled 8 inch by 16 inch (sight) work was signed “Schanker” upper right and dated (“1940”).

A Chinese Qing Dynasty reverse glass panel painting, telling a story and broken down into four scenes, realized $938. The last panel depicted His Wang Mu and her counterpart Mu Gong riding on a cloud of mist in front of spectators. Also, a 14kt gold braided rope twist bracelet slipped on a new wrist for $3,438. The 8-inch-long bracelet, by an unknown maker, weighed 34.7 grams.

Bruneau & Co. Auctioneers has an exciting slate of auctions lined up for early fall. They include the following:

To learn more about Bruneau & Co. Auctioneers and the firm’s calendar of upcoming events, please visit www.bruneauandco.com. Updates are posted frequently. To contact the company via e-mail, use info@bruneauandco.com. Or, you can phone them at (401) 533-9980.