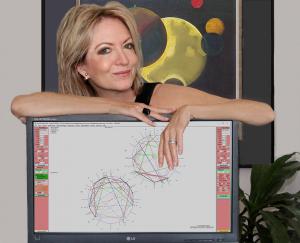 “We're honored to include Magi Helena into our BoLAA family.” ~Aurora DeRose

The “Best of Los Angeles Award” community was formed four years ago and consists of over 5,600 professional members living and working in Southern California. It celebrates the best people, places and things in Los Angeles with a slogan “No Ads. No B.S. Only the Best.”

“The mission of the community is to celebrate the best of Los Angeles, and allow its community members to connect with other members who share the highest standards of quality and integrity,” expresses DeRose. "We're honored to include Magi Helena into our BoLAA family."

Celebrity astrologer Magi Helena has clients across the US and in 40 countries worldwide. She is 1 of 2 practicing Certified Magi Astrologers and the only woman with the highest certification in Magi Astrology, and is one of the authors and instructors of the Magi Astrology Certification Program. Helena’s “Your Daily Astrology” column is syndicated to hundreds of newspapers throughout the United States and internationally, with a daily readership in the millions.

Helena is also the inventor of Star-Timer® Calendars and Love-Stars® Compatibility Reports, and is the author of two books: Build Your Dream Life, and How To Sing the Uni·Verse. She is also a member of Mensa, the High IQ Society.