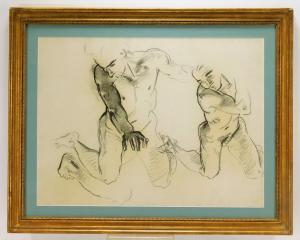 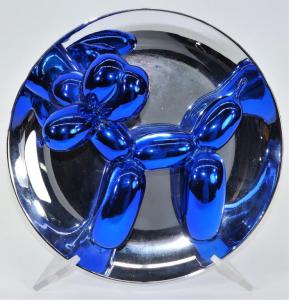 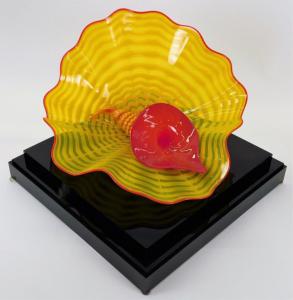 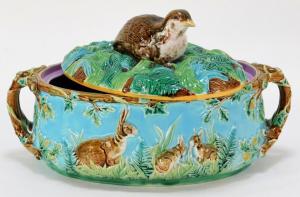 George Jones majolica partridge tureen made in England around 1875, 7 inches tall, a figural nesting bird handle atop a leafy lid, with rabbits and oak trees decorating the bowl ($5,000). 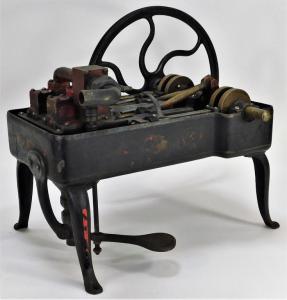 The John Singer Sargent drawing was a study for Moloch, god of material possessions, from the Pagan Gods Mural adorning the walls of the Boston Public Library.

The Sargent was the second lot in Session 2 and it topped its $10,000-$15,000 estimate, selling to a phone bidder. The drawing carried a huge amount of interest.”
— Travis Landry

The Sargent drawing was a study for Moloch, the god of material possessions, from the Pagan Gods Mural that adorns the walls of the Boston Public Library. Sargent was approached for this commission by the library’s architects in a project that lasted from 1895-1919. Sargent achieved fame and fortune for his elegant depictions of high society, particularly the portrait Madame X.

Session 1 of the sale, held in the morning, featured an important single-owner collection of steam engines, cast-iron and other pre-World War II toys and other items. Session 2, starting at 12:30 pm, showcased Bruneau & Co.’s normal mix of antiques, fine art, decorative arts, silver and more, to include an outstanding collection of English, German and French Majolica collectibles.

Another George Jones piece – a majolica partridge tureen made in England around 1875, had a pre-sale estimate of $400-$600 but ended up brining a robust $5,000. The 7-inch-tall tureen featured a figural nesting bird handle atop a leafy lid, with rabbits and oak trees decorating the bowl against a pale blue background. Other majolica pieces in the auction also performed well.

These included a three-piece Minton and English majolica teapot grouping from the late 19th or early 20th century. Included were one Minton lemon teapot with a mushroom lid, one Minton apple blossom teapot and one teapot with an applied branch handle and spout with bird finial. The yellow teapot was marked “Minton John Mortlock”. The group changed hands for $5,000.

“It was great to see that the Majolica market is alive and well for the great pieces,” said Kevin Bruneau, president of Bruneau & Co. Auctioneers, who added, “It was an amazing day all the way through, from passionate collectors during the steam engine sale in house to international bidders on fine and Asian arts. This sale had a ton of interest. Everyone went home pleased.”

Following are additional highlights from the auction. Internet bidding was facilitated by LiveAuctioneers.com, Invaluable.com, Bidsquare.com and bidLIVE.Bruneauandco.com, plus the mobile app ‘Bruneau & Co.’ on iTunes or GooglePlay. Prices quoted include buyer’s premium.

Also earning $7,500 was a two-piece art glass sculpture by the noted American glass artist Dale Chihuly (b. 1941). The striking creation was an organic abstract yellow and red shell-shaped basket cradling a red and yellow jack-in-the-pulpit footless vase. The sculpture, 7 ½ inches tall and marked “Chihuly” on the bottom, was in a display having an overall height of 14 inches.

An oil on canvas painting by James Brade Sword (Pa., 1839-1915), depicting Long Pond on Martha’s Vineyard, Mass., housed in a 23 inch by 35 inch frame, gaveled for $5,312. The work,
signed "J. B. Sword" lower left, was an Impressionist landscape depiction of the vast greenery that Martha's Vineyard offers, catching clouds rolling across an evening sky.

A large standing gilt bronze Buddha, made in Thailand in the 19th century and standing 68 inches tall from finial to feet (77 inches overall, counting the 9-inch wood base), commanded $6,600. The finely cast, gilt Buddha was shown with his arms outstretched and with a pleasant and serene face, mother of pearl eyes and an elaborate robe and sash.

A pair of fine, cloisonné Gu vases from the Qing Dynasty rose to $3,438. The powder blue multi-piece construction vases, 19 ½ inches tall, were decorated with lotus flower, taotie and lingzhi mushroom patterns and displayed vibrant gilt bronze throughout both.

Bruneau & Co. is currently accepting quality consignments for all future auctions, with commissions as low as zero percent. Now would be a good time to clean out your attic. To contact Bruneau & Co. Auctioneers about consigning a single piece or an entire collection, you may send an e-mail to info@bruneauandco.com. Or, you can phone them at (401) 533-9980.