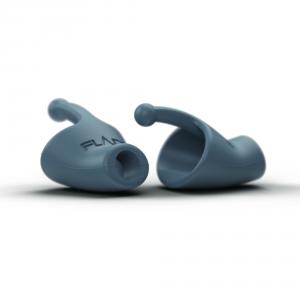 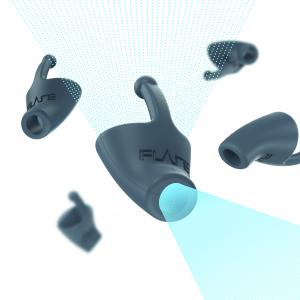 Calmer, which has no electrical components, decreases resonance by using a tiny waveguide inside our ears 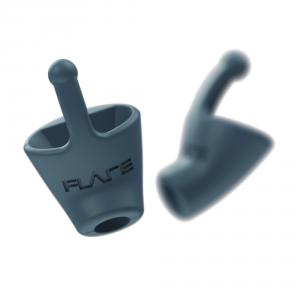 We’re hoping Calmer can help all sorts of people, including those suffering from stress and anxiety, auditory over-load and tinnitus… office workers to music lovers, the potential is wide.”
— Davies Roberts, CEO, Flare Audio Ltd

SUSSEX, UK, June 29, 2020 /EINPresswire.com/ — Flare Audio Limited has developed a remarkable, wearable device which reduces distortion in the human ear. Aptly named Calmer®, testing has proven two huge benefits. Its design provides a natural way to reduce today’s constant barrage of environmental noise stressors, which are having a negative impact on our mental and physical well-being. The reduction of distortion also results in an improved, higher definition audio experience when listening to live or recorded music; giving ears a natural ‘audio upgrade’.

The World Health Organisation published evidence in (2018) that unpleasant city noise contributes to raised stress levels, a multitude of health issues and even increased risk of premature death. Calmer comes following a decade of research and testing by Flare, a UK-based audio technology company, and could make an invaluable contribution to reducing these risks and improving our day to day well-being.

Made from silicone, Calmer sits barely visible in the user’s ear. Using a simple but revolutionary, non-electric technology, it diminishes mid and high frequency distortions which trigger the human ‘fight or flight’ response. While experts say this response was a vital part of our evolution to alert us to the slightest sound or threat, it is an overactive mechanism in today’s modern world where we no longer need to be alert to the snap of a twig, and this added resonance is loading us with unnecessary stress.

Living in the fight or flight mode for much of daily life results in increased cortisone levels, a reduced vagus nerve function, and high stress and anxiety levels. We’re so used to the barrage of unpleasant audio bombarding our ears on a daily basis, from sirens and construction site noise, to children shrieking and phones ringing, we don’t realise just how much these sounds put us on edge. When first wearing Calmer you’d be forgiven for not noticing much change, but after wearing the device then removing it, you immediately see what a huge difference it makes. You can still hear every sound, but the unpleasant edge is taken off sharp noises. Calmer provides a mellowness; removing the anxiety inducing properties of our environment and resulting in a calmer experience.

How Calmer works
Calmer’s technology is informed by research from Newcastle University and the Wellcome Trust Centre for Neuroimaging at UCL, which reported in the Journal of Neuroscience that many of the most unpleasant sounds, such as the scraping of a knife against a bottle, fall in the mid frequency range of about 2 kHz – 5 kHz. Our ears have evolved to alert us to stress by adding over 20 dB of mid-range resonance, which destroys our ability to hear high definition sound or relax in our modern noisy world. This is known as HRTF (Head Related Transfer Function).

The Concha is the small shell shape of the ear that connects to our ear canal which normally resonates mid frequency sounds. Calmer, which has no electrical components, decreases resonance by using a tiny waveguide inside our ears that removes the effect of the Concha. By easing this resonance, Calmer dampens down the most common alert-triggering shrill noises, such as ring tones, dogs barking, tube train announcements and sirens. Mid frequency sounds have none of their normal ‘painful’ aspects. Less tinny and hissy, instead, everything you hear sounds like you are in a recording studio, allowing the wearer greater calm and reduced anxiety levels. Instead of living in a constant state of alert, Calmer literally ‘calms’ your environment in a subtle but potentially life-changing way.

Independent testing by the Institute of Sound and Vibration Research (ISVR), University of Southampton, confirm Flare’s findings. “We conducted a range of tests on Calmer and found it to significantly reduce sound levels at middle to high frequencies (2 kHz – 8 kHz). This successfully meets Flare’s design objective,” says Gergely Orosz of the ISVR.

“For years our team have been re-thinking the design of audio speakers and earphones and developing technology to reduce the detrimental distortion that traditional approaches can’t address,” explains Flare CEO, Davies Roberts. “During this process I experienced a Eureka moment and uncovered a way to target distortion at source; in the human ear itself.”

As a result, wearing Calmer enhances all audio experiences, which applies to listening to music in the car, at home, at a concert or through a standard pair of headphones. By diminishing distortions in the human ear the device offers increased audio detail and an upgraded sound experience.

“This is a new way of thinking focused on delivering the purest sound with the smallest of interventions,” says Roberts. “As well as making all sound more ‘pure’ and pleasant to our ears, the knock on benefit to our health and well-being could be mind-blowing.”

Who could benefit from Calmer?
“Calmer has a remarkable effect without you really realising, until you remove the device then experience the reality once again,” continues Roberts. “We’re hoping Calmer can help all sorts of people, including those suffering from stress and anxiety, auditory over-load, tinnitus, or those living with sensitive hearing. Also office workers who need to reduce stress and improve productivity and music lovers who simply want to experience music in the purest detail. The application potential is wide.”