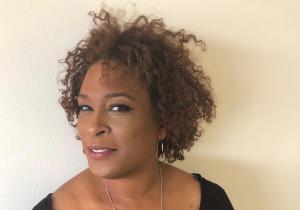 Zina Garrison, a world champion tennis professional who broke down barriers for Black women in the sport, has joined executive consulting firm ExecuInsight LLC as a consulting and speaking partner.

“We are thrilled to have Zina on our team,” said Michele Hanson, CEO of ExecuInsight. “She offers our practice insights into the challenges and advancement of Black women and women of all backgrounds. She has been a leader and mentor to many, and we are excited to be able to share her vast experience with our clients.”

Zina began her professional tennis career at the French Open in 1982, a year after she won both the Wimbledon and U.S. Open junior titles. She reached the semifinals at the Australian Open in her first year on tour.

At the 1988 Olympic Games in Seoul, South Korea, she and teammate Pam Shriver won the gold medal in women’s doubles. In the quarterfinals of the women’s singles competition, she defeated Shriver to win the bronze medal. Zina also led the U.S. Women’s Team at three Olympic Games, including Beijing in 2008, where team members Venus and Serena Williams won gold medals in the doubles competition. Zina was also the first Black woman to be named captain of the U.S. Fed Cup, considered the World Cup of tennis, in 2004 and 2005.

At Wimbledon in 1990, Zina claimed her third Grand Slam mixed doubles title. In the women’s competition, she defeated defending French Open champion Monica Seles and No. 1 ranked Steffi Graf to reach the finals, where she fell to Martina Navratilova. By the end of 1993, Zina was ranked No. 10 in the world, and she stayed in the top 10 until 1995.

Zina is a mentor to Serena Williams and has been mentored through the years by tennis legend Billie Jean King. She has worked as a TV commentator for HBO and TNT Sports, CNN Sports for Wimbledon, and is now leading YouTube interviews on Game.Set.Chat! with legendary athletes. She founded the Zina Garrison Foundation for the homeless in 1988 and the Zina Garrison Academy, which supports inner-city youth in Houston, in 1992.

Zina will offer clients experience-based strategies that only a world champion and Olympic athlete can provide. Through inspirational speaking and training sessions, she will motivate individuals and teams to overcome obstacles while being resilient and agile, ultimately leading to enhanced success.

Zina is available to speak on multiple topics, such as the strength of Black women’s voices, how women can change the world, the power of mentoring, and the value of teaching leadership skills to kids.
“I’m honored to have the opportunity to work with ExecuInsight and to share my background and experience with leaders in many different industries,” Zina said.

ExecuInsight, founded in 2004 by Michele Hanson, is an executive speaking, coaching and strategy firm. Formed to meet the needs of fast-moving organizations, ExecuInsight helps companies assess, plan and execute new strategies, initiatives and programs in pursuit of enhanced success. Each executive on ExecuInsight’s team has 25 years of experience in their respective fields.

To work with Zina or for more information, contact ExecuInsight at execuinsight@gmail.com or (512) 818-0807.