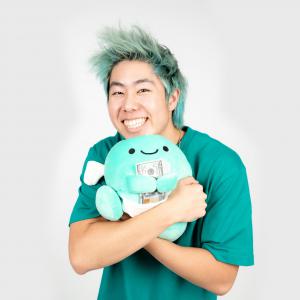 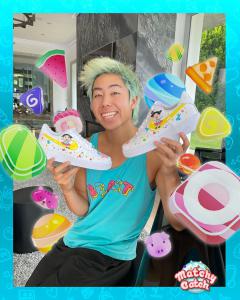 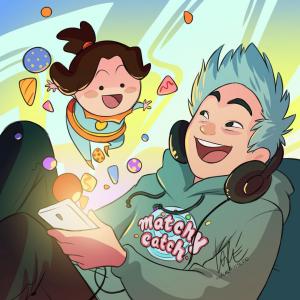 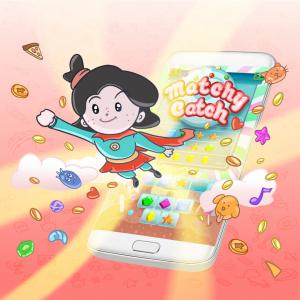 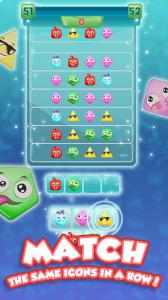 The new giveaway will see a lucky winner put his or her hands onto a totally unique, one-of-a-kind pair of Nike Air Force 1 customised by ZHC himself.”
— Jyamma Games Studio

MILAN, ITALY, September 21, 2020 /EINPresswire.com/ — Jyamma Games Studio teams up with Youtuber and artist ZHC for an awesome giveaway to celebrate the release of their brand new mobile game. Matchy Catch is the name of the latest creation of the Milanese studio that, after the success of the first-born Hi-Ball Rush, is ready to keep us once again glued to the screens of our smartphones.

With more than 15 million subscribers on Youtube, artist ZHC is rising to stardom thanks to his over-the-top, colorful creations. Smartphones, tablets, accessories, now even a whole bus: ZHC sees no limits to his creativity. He specializes in customizing anything that tickles his artistic genius with his signature and original illustrations.

ZHC now gets together with Jyamma Games Studio for the release of Matchy Catch. The new giveaway will see a lucky winner put his or her hands onto a totally unique, one-of-a-kind pair of Nike Air Force 1 customised by ZHC himself. A true gem for any collector or customization fanatic. The giveaway will kick off on release day of Matchy Catch, September 17th.

Matchy Catch is a hyper casual puzzle game, where the player has to reproduce in the right order the sequences of objects appearing on the screen, by tapping on the corresponding objects available. The game is configured into various levels. During the game, the player will be able to move forward between the various levels by hitting combos and getting bonuses that can boost the overall score. Bonuses that can be activated include Rainbow Hammer and Lightning, which can simplify the configuration of the sequences; or Spawn Freeze, which gives the player a few extra seconds.

With their second game coming to our smartphones and a brand new collaboration with ZHC, Jyamma Games never stops to amaze us with fresh and fun new ventures. Although the young Milanese studio has been operating for just under a year, it already prides on successes such as the exhilarating Hi-Ball Rush, or their contribution to the gaming community with the #PlayApartTogether initiative. Matchy Catch is the latest product from Jyamma Games, which once again brings in our pockets the will to have fun and compete in casual and exciting games.

Matchy Catch is available on September 17th, along with the giveaway with ZHC kicking off on the same day.