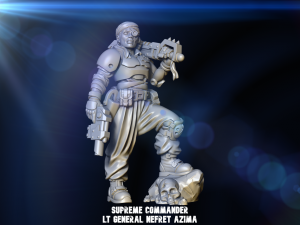 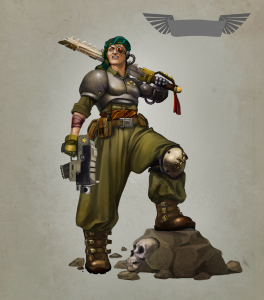 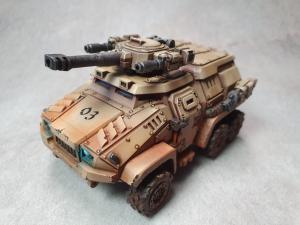 We want our daughters to grow up in a world where people have the option to field brave female warriors that do not look like they are on their way to a bikini contest!”
— Says Ivan, 40Emperor’s Content Manager.

AMSTERDAM, THE NETHERLANDS, October 16, 2020 /EINPresswire.com/ — Wargame Miniatures Designer 40Emperor released a line of Fierce Pre-Supported Guardswomen on Kickstarter. These realistic 34mm heroic scale miniatures are optimized for UV-Resin 3D printers.
When the campaign launched on October 14th it was funded in 90 minutes.

With the “Azadi Death Front” 40Emperor hopes to better female representation on the tabletop.

Modern-day female miniatures for these types of games are often hyper-sexualized.
Amsterdam-based 40Emperor aims to give RPG players, Wargamers, and skirmish game fans, an alternative.

“We want our models to look like fierce warriors. Soldiers that actually look like soldiers.”
Remarks Floortje van Tongeren, C.F.O. at 40Emperor.

The campaign is fully funded. The models will be delivered swiftly upon the conclusion of the Kickstarter on the 28th of October. This means 40Emperor can focus on realizing the funding of its stretch goals.

40Emperor aims to create miniatures that heighten your immersion during play.
The Azadi Death Front’s warriors are now available on Kickstarter