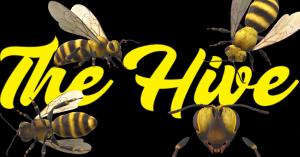 The 4K streaming service dedicated to bees, announced today that it has launched on Roku.

Our goal is to build a truly enjoyable outlet for bee and honey lovers.”
— Jay Santagate

SALEM, NEW HAMPSHIRE, UNITED STATES, December 4, 2020 /EINPresswire.com/ —
The Hive, a premium 4K streaming service dedicated to bees, announced today that it has launched on Roku. Roku, the company that pioneered streaming the TV, operates the number one TV streaming platform in the United States as measured by total hours streamed. The Hive Channel is now available to Roku’s 37 million active users.

“Partnering with Roku, the nation’s number one TV streaming platform, is the right fit for The Hive,” says The Hive's co-founder and CEO, Jay Sanagati. “This partnership will allow viewers to find us however, wherever, and whenever they want to relax and and enjoy the entertainment.”

As well as adding Roku to its list of distribution partners, The Hive has partnered with Pure Honey NH, a local only organic honey producer. This is kind of a symbiotic partnership,” says Jay. “In the wake of the pandemic, musicians have had a hard time finding work at no fault of their own. We license their works and set them to our jaw dropping moments in nature.” Pure Honey benefits from advertisements on The Hive and co-marketing of our strong, community responsible, partnership. Pure Honey recently unveiled its “Honey on the go” product website at purehoneynh.com.

The Hive is also currently developing on other streaming platforms and a mobile app to be released on major platforms in 2021.