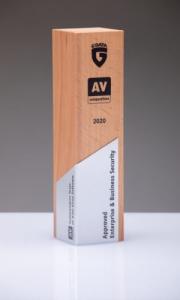 G Data achieved very creditable results in AV-Comparativesâ€™ consumer and enterprise tests, and received a number of awards for these.

AV-Comparativesâ€™ tests are very carefully designed and executed to thoroughly and realistically simulate scenarios that face users in real life. Consequently, a certification by AV-Comparatives is a guarantee of an effective and reliable product. An â€śApproved Productâ€ť award means that the software has been rigorously checked to ensure that it will perform its intended task competently. It is an industry-recognised standard of quality.

AV-Comparativesâ€™ tests have multiple aspects, to represent the different requirements of IT security solutions. Further awards highlight the effectiveness of individual programs in different protection scenarios, low false positives, and low impact on system performance. Users can thus see which programs score highly in the categories that matter most to them.