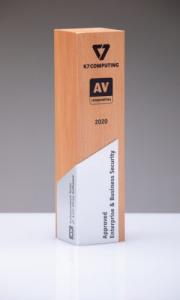 K7 had a successful year with both its consumer and enterprise software in AV-Comparatives’ 2021 tests.

INNSBRUCK, TIROL, AUSTRIA, April 15, 2021 /EINPresswire.com/ — K7 had a successful year with both its consumer and enterprise software in AV-Comparatives’ 2021 tests. These covered different protection scenarios, system performance, and false positives.

AV-Comparatives’ tests are very carefully designed and executed to thoroughly and realistically simulate scenarios that face users in real life. Consequently, a certification by AV-Comparatives is a guarantee of an effective and reliable product. An “Approved Product” award means that the software has been rigorously checked to ensure that it will perform its intended task competently. It is an industry-recognised standard of quality.

AV-Comparatives’ tests have multiple aspects, to represent the different requirements of IT security solutions. Further awards highlight the effectiveness of individual programs in different protection scenarios, low false positives, and low impact on system performance. Users can thus see which programs score highly in the categories that matter most to them.

K7 was successful in both enterprise and consumer tests by AV-Comparatives in in 2021. Its enterprise software received the Approved Business Security Product Award for both the first and second runs of the Enterprise Main Test Series.

More awards went to K7 for its consumer software. This took an Approved Security Product Award, along with the highest Advanced+ rating for both Performance Tests. It also received Advanced Awards for both Real-World Protection Tests, along with one Advanced and one Standard award for the Malware Protection Test.

K7’s minimal impact on system performance resulted in it receiving the Gold Award for the Performance Test.