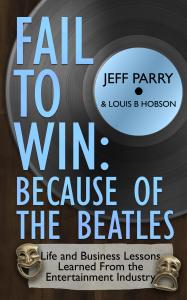 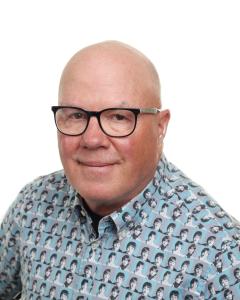 By Jeff Parry and Louis B Hobson

This title is available in eBook on all Amazon Kindle Marketplaces

CALGARY, ALBERTA, CANADA, August 5, 2021 /EINPresswire.com/ — Fail To Win: Because of the Beatles is an insider's look at the enigmatic world of big finance, overblown egos, and phenomenal risk—and reward—in the behind-the-scenes machinations of international rock music promotions. Fail to Win illustrates the importance of embracing failure in order to attain significant financial and personal success.

PRAISE FOR FAIL TO WIN

Read it in one sitting. The book is fascinating and impressive. What you say about contracts vs. trustworthiness is so true.
–Barry Estabrook, past editor of Harrowsmith Magazine

What an incredible adventure, and so well written.
–Kirstie McLellan Day, author of Playing with Fire

Fail to Win is fantastic, entertaining, enlightening, funny, touching, a rollercoaster, not for the faint of heart…an absolutely delightful read. I wasn't be able to put it down. I've never been a huge book reader (hard to sit still that long, I guess) but I loved every page, found myself re-reading more than a few passages…just loved it. So, when's the sequel due out?
–Michael Smith, former member of The Sailcats

JEFF PARRY is a music and entertainment reviewer, playwright, theatre director, and long-time acquaintance of Jeff Parry. He has published over 700 articles in The Albertan, The Sun, The Calgary Herald, The Edmonton Journal, CTV Morning Live, and Rotten Tomatoes. He has directed 332 plays and had fifteen of his scripts produced for the theatre. This is his first full length book.
Jeff Parry and Louis Hobson’s paths have been crossing for thirty years, but their collaboration on Fail to Win seems to have been fated by destiny. Louis, a theatre director, film critic and playwright, worked in the same spheres as Jeff, who arranged tours for some of Louis’s plays, and who became the subject of some of Louis’s entertainment news interviews.

However, in 2015, Louis learned from his trusted, long-term clairvoyant, that “a gentleman from your past is going to reenter your artistic life. He will ask you to help him with a book he is writing. This book is just the tip of an exciting iceberg. Circling in his orbit are several musicals and plays he will ask you to work on for him. Working with him will take you across oceans and borders.”

Chance? Or predestination? In 2013 Jeff had reached a crossroads. In the midst of one of his most personally satisfying successes—bringing Nickelback and fifty other live bands together in a record six-week planning period, to raise a million dollars for Calgary’s Flood Aid—he learned his Broadway show would have to close due to industry politics and back-stabbing. After a career filled with spectacular successes an equally spectacular failures, he had to decide whether the rollercoaster was truly worth it.

Jeff rose from this devastation by doing what he’s done all his life: fighting back and winning. But in the course of this struggle, he realized that passing on his hard-earned lessons to rising entrepreneurs was the legacy he wanted his remarkable life to leave. He embarked on a daunting project: writing a book about what it takes to succeed in business and life. Writing a book is no easy task, and while stymied to finish Fail to Win, he reached out to Louis, whom he had probably not talked to in 25 years. The stars aligned.
Now, in addition to the multiple shows Jeff has touring world-wide and the two scripts Louis is completing, Jeff and Louis have developed a new writing partnership, and close friendship.

More information about Jeff can be found here:
Website: https://www.jeffreybperry.net/

We look forward to the coverage!