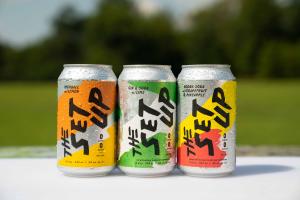 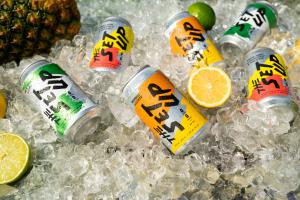 WISEACRE’s The Set Up canned cocktails are just 99 calories, with zero carbs and zero sugar. 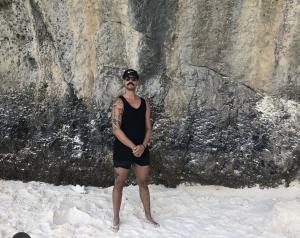 Shannon Allen, WISEACRE’s longest-tenured employee, will lead the launch of The Set Up.

99-calorie canned cocktails include Gin and Soda with Lime, HiBall Whiskey Soda with Lemon, and Vodka Soda with Grapefruit and Pineapple

By using a real distilled liquor for The Set Up, we’re able to create a smoother and more crisp cocktail that really lets the fruit flavor and the base alcohol shine through.”
— Davin Bartosch, WISEACRE co-founder and brewmaster

MEMPHIS, TENNESSEE, USA, August 5, 2021 /EINPresswire.com/ — WISEACRE Brewing Company is launching a new, non-beer line of canned cocktails called The Set Up. While the name hints at the ready-to-drink (RTD) nature of the canned cocktails, insiders will recognize it as a reference to the accoutrement that a popular and beloved Memphis dive bar requires you to purchase if you bring your own liquor. The Set Up will be available in 4-packs of 12-ounce cans.

“It was a unique set of circumstances that got us here,” explained WISEACRE co-founder Kellan Bartosch. “We obtained a distiller’s license years ago so we could legally make high gravity beer in Tennessee before some laws were changed. A distiller’s license is very hard to come by, but at the time we felt it critical to be able to make true-to-style Belgian Tripel, Barrel Aged Imperial Stout, and other brews for which the ABV is critical. We’ve maintained that license, which now allows us to make beers over 10%, but it also opened the door for this opportunity. It was always part of the plan to further utilize our facility on Broad Avenue for new projects once our new facility downtown opened. COVID delayed that a bit, but we are really excited to get this off the ground which will be one of the first craft canned cocktails in the region.”

“We wanted the packaging design to go in a different direction from our amazing beer cans, which led us to working with local brand pros Loaded For Bear. They took a reference from the incredible dive bars, juke joints, and social clubs that Memphis is known for, and we’re thrilled with how they turned out,” Kellan continued.

“This is a totally different project for us, but one that brings a lot of excitement,” WISEACRE’s co-founder and brewmaster Davin Bartosch said. “The world of hard seltzers came out of nowhere a few years ago and has been growing. Seltzers are trying to create cocktail and liquor drink flavors, but they are deriving alcohol from beer-brewing ingredients and techniques, which often leaves residual flavors and aromas from yeast fermentation. By using a real distilled liquor for The Set Up, we’re able to create a smoother and more crisp cocktail that really lets the fruit flavor and the base alcohol shine through. Other breweries like Dogfish Head, Boulevard, and Abita have gone the RTD direction instead of seltzer, and it felt much more natural to us.”

WISEACRE’s longest-tenured employee, and avid cocktail fan, Shannon Allen will be taking the lead on the project. “This is beyond exciting as a company to have this new offering for people to embibe & enjoy. In my time at WISEACRE, I’ve worked in every position available – from taproom, packaging, cellar and brewhouse. I’m thrilled to apply all that experience to helping to launch The Set Up. Cocktails have a fun history. We’re going to share some of that history with our first three flavors, and we’ll keep telling the story with more styles and flavors down the road.”

All three of the canned cocktails in The Set Up will be 5% ABV with 99 calories, zero carbs and zero sugar. They are gluten-free but official designation as such is still pending third-party testing. While the distribution network will have its own life, separate from that of WISEACRE’s beer distribution, The Set Up canned cocktails will be available at the brewery’s Broad Avenue taproom where they are produced; they will not be available at the newer Downtown Memphis location. Flavors include:

ABOUT WISEACRE
WISEACRE Brewing Company opened in Memphis, Tennessee in 2013 after brothers and Memphis natives Davin and Kellan Bartosch gained experience working in the brewing industry around the country. Since then, WISEACRE has grown to have two brewery and taproom locations, more than 60 employees and distribution in fifteen states, and has made more 170 beers ranging from German lagers, to hoppy American styles, complex and boozy Belgian beers, and barrel aging beers to boot. For more information visit www.wiseacrebrew.com.