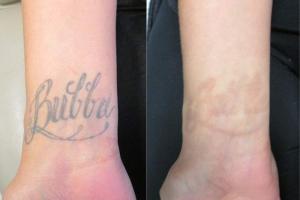 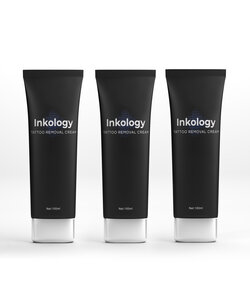 MANCHESTER, LONDON, UNITED KINGDOM, October 25, 2021 /EINPresswire.com/ — A young tradie has blunt message to anyone considering the 'stupidity' of getting facial tattoos and to learn from the mistakes he made.

The TikTok user now regrets the distinctive ink markings on his face and has began the painstaking process of getting them removed.

He has shared his ordeal so far in a series of TikTok videos where he opened up on the swelling and 'worst pain ever' he's suffered to get the tattoos removed.

The first video warning everyone against facial tattoos has gone viral online with already with more than 145,000 views within two days.

'Next time any of you guys or ladies want to get f****** tattoos on your face and you later on regret because you want to be a boss of a big company or something, it's the worst f******pain ever,' the man, who goes by the name of Robbyn Banx explains.

He recommends numbing cream but says tattoo removal is still a painful experience.

'I also recommend don't get tattoos on your face because you're going to regret it later on, I'm telling you,' the tradie continues.

The man later shared footage of several facial tattoos covered in large bandages with a blunt message for anyone considering getting their face inked.

'They're really not cool,' the tattoo enthusiast said.

'They're really not noticeable, of course they are.'

'So if you don't walk around with a couple maxi pads slapped all over your face because you got stupid tattoos you regretted and want off when you realise they're dumb, don't f****** get them.'

The TikTok user then showed footage of his swollen face in a follow up video.

'So as you can see, it's nice and swollen, this is the s*** you're going to have to go through to get it off,' he explained.

Another video shows more footage of his swollen face drinking beer while watching his AFL team North Melbourne from home.