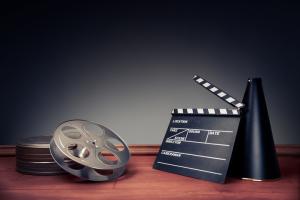 POTLAND, 5933 NE WIN SIVERS DRIVE, #205, OR 97220, UNITED STATES, November 3, 2021 /EINPresswire.com/ — Allied Market Research published a research report on motion picture industry. The findings of the report states that the global industry formotion picture garnered $42.21 billion in 2019, and is expected to generate $43.96 billion by 2027, witnessing a CAGR of 8.3% from 2021 to 2027.The report provides a detailed analysis of changing market trends, top segments, key investment pockets, and competitive landscape for investors, shareholders, market players, and new entrants.

Shankar Bhandarkar, Team Lead-Research for Consumer Goods at Allied Market Research, stated, “The adoption of advanced technologies such VFX, 360 degree view cameras, virtual reality and drone cinematography supplements the motion picture industry expansion.”
The research offers a detailed analysis of drivers, restrains, and opportunities to help market players gain insights and strategize for the coming years. Surge in spending on availing entertainment, rise in crowdfunding projects for financing film, and supportive government initiativesdrive the growth of the global motion picture market. However, piracy-related issues and advent of OTT platforms hinder the market growth. On the contrary, the international co-production of feature films would offer new opportunities for the next few years.

The research offers an extensive scenario of Covid-19 along with outlining its impact on the motion picture industry across the world.Owing to closure of theatres and multiplexes due to restrictions put up by the government, movies and series were released on OTT platforms such as Amazon Prime and Netflix. Moreover, film festivals were canceled and film releases were postponed. The production of new movies was also resumed for uncertain time.

The report provides a detailed analysis of segments of the global motion pictureindustry based ongenre, demographics, dimension and region.
Based on genre, the fantasy segment accounted for the largest share in 2019, contributing to nearly one-fourth of the total market share, and will maintain its dominance throughout the forecast period. This is due toadvancements in image capturing technologies and utilization of computer-generated images to resemble realism in high fantasy sequences. However, the action segment is projected to manifest the largest CAGR of 10.4% from 2021 to 2027.

Based on dimension, the 3D and above segment is expected to register the highest CAGR of 10.1% from 2021 to 2027. This is due to advancements in 3D technologies and rise in demand for 3D animation. However, the 2D segment contributed to the highest share in 2019, holding more than four-fifths of the global motion picture industry. Geographically, the market across Asia-Pacific accounted for the highest share in 2019, holding more than two-fifths of the total market share. Moreover, the region is projected to portray the fastest CAGR of 9.5% during the forecast period. The research also analyzes regions including North America, Europe, and LAMEA.