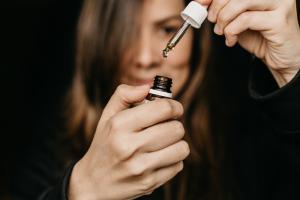 The new report from Red Raven CBD describes how CBD affects the brain and why it may help with anxiety, stress, depression, and PTSD.

Red Raven’s report also presents medical research that offers promising results on CBD being able to ease feelings of anxiety and stress. In one study, CBD was administered directly to the amygdala of an animal and decreased the number of neurons associated with fear.

Human studies have shown CBD to affect anxiety-causing neurons, and participants in a New Zealand study reported increased quality in life, including reduced anxiety and depression symptoms, after three weeks of CBD use.

CBD also has the potential to help with PTSD by generally reducing feelings of anxiety and helping facilitate fear extinction. Additionally, since anxiety and depression are closely related in how they affect the brain, CBD also shows promise to help with symptoms of depression.

Red Raven CBD is an Alaska-based distributor that sells CBD products made from pure, American hemp. Customers can purchase high-quality CBD products from the Red Raven online store, which ships to cities across Alaska and the rest of the United States. Its selection of products includes both THC-free options, including CBD isolates and broad-spectrum products, and full-spectrum CBD options that contain trace amounts of THC.