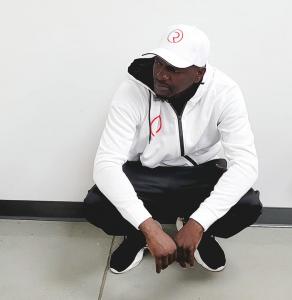 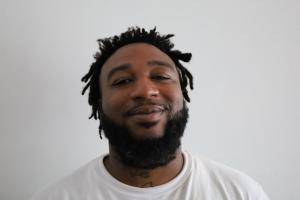 Tony James Nelson II, the founder, and CEO of Roovet Local and International Corporation recently decided to step down from the post of CEO

Its a point in my life when its a time to stop and relax and get better, What can be more important than your health”
— Tony James Nelson II

JACKSONVILLE, FLORIDA, UNITED STATES, November 19, 2021 /EINPresswire.com/ — Tony James Nelson II, the founder, and CEO of Roovet Local and International Corporation recently decided to step down from the post of CEO for his best friend Hakeem A. Small to take the position. He is deciding to retire from the position on 18th November 2021, which will lead to the crowning of his best friend.

However, not soon, Tony suffered a massive heart attack and fell seriously ill. He was hospitalized at Orange Park Medical Center, Florida, and was treated and admitted there for about a week. Even before his medical illness, he was planning to retire. Thus, once he got all better, he went on to take action on his wish and finally retired. Even after his retirement, he will keep on to be the chairman of Roovet Local and International Corporation, his best friend, Hakeem A. Small will be the CEO and his father, Tony Nelson Sr. will be the COO.

Then, in 2016, Roovet International turned its business towards convenience stores and opened one. He named it as Savannah’s 24 hours store, but the legal name, Roovet Local Corporation, was still intact. This name was kept after his daughter, Savannah. As of now, Roovet Corporation is most commonly known as Roovet Local and International Corporation and has spread its wings to car rentals, social networks, a clothing line, and companies that work on various online services.

Furthermore, Roovet, which just started as a search engine, is now flourishing in its business and has expanded so much. Even as a search engine, Roovet has always strived to give all the answers to its users by gathering all the information available on the internet. It always tries to be accurate to help its users more. From places to people to companies to social sites, it will give their users whatever they are searching for. If their search is appropriate, it will give them the information required and collected.

The Roovet search engine also works on the idea of self-preservation. It means, when a query is searched, Roovet will first search its own network sites for the information, and if not found, then it will look at other network sites with the help of page authority and domain authority. Thus, either website such as Facebook, Twitter, Amazon, LinkedIn, etc. will appear first on the search results or the required content that the user is looking for.

The newest in Roovet International is Roovet Fashion. Tony James Nelson II wanted to expand its business to the new age and, according to him, what is better than evolving with fashion, to keep up with the generation. Thus, he stepped into the fashion industry and launched Roovet Fashion. They generally deal in socks, pants, underwear, shirts, sneakers, hats, etc., in both men and women sections. All of the clothing or products are designed by Tony Nelson II himself and are sold at very affordable prices. All these products and merchandise can be found on various marketplaces, such as Amazon, eBay, Etsy, etc.

Furthermore, Roovet has, very soon, become an online platform that offers various services such as website builder, online advertisement, listing business, and even help the site owners with the SEO of their website through webmaster tools. Moreover, in December 2013, Roovet became the second search engine in the world to create a Knowledge Box that appears on the right-hand side of the search results, after the most popular Google and before Bing could do it.

In addition to all the above business fields, Roovet Local and International Corporation also started an online music platform that helps underground and unsigned artists to upload and share their music for free. This platform is known as Roovet Sound. With this platform, many underground artists have access to instant audiences and fan bases, which is difficult for such artists that do not get many chances to show their talent to the world.

Many unsigned artists got popular due to this platform, thanks to all the instant display of talent and fan base. Like all their projects, Roovet Sound has also proved itself to be a great place for emerging artists, especially underground and unsigned artists. Even after the failure of Roovet Sound initially, Tony James Nelson II re-launched it with better security and other features. Keeping in mind all the underground and unsigned artists, Roovet Sound has gained popularity among those, with its features benefitting these emerging artists. Roovet Sound has also made possible for the underground, unsigned, or emerging artists a way to earn a livelihood as well. When these music artists upload or share their music with the world, they get an instant fan base of the people who listen or may even buy their music. Thus, with such popularity, it eventually allows these artists to monetize their work.